With less than four years of professional brewingexperience under their belts, Amsterdam locals Sander and Ward have already produced three award-winning specialty beers under the brand Bruut. Adding a modern twist to the beer tradition of neighbouring country Belgium, they're currently repurposing Amsterdam industrial heritage as an ecological brewinghouse and pub. 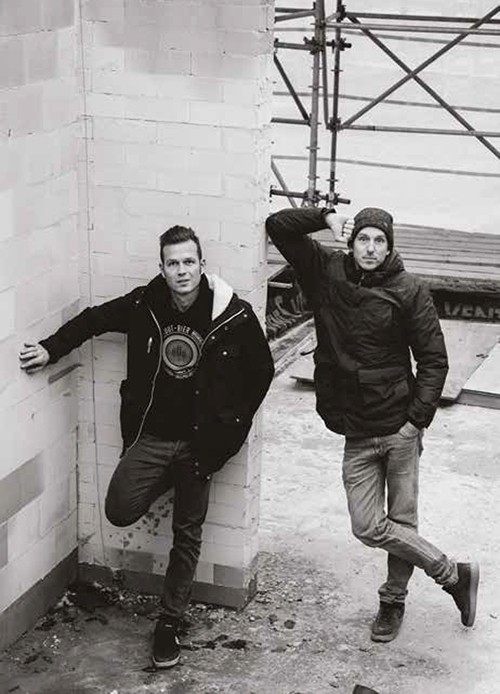 In 2016, Bruut shook up the Dutch beer scene when its hoppy triple Gajes was named The Best Beer of the Netherlands. The beer's unique combination of an above average bitterness and a strong citrus flavor stood out and is still a favorite among the brewery's fans. One year later, Bruut convinced the international beerscene as well when its blonde Stennis took home the first price in the Pale Ale & Amber Ale category at the Brussels Beer Challenge.

"Brewing started as a hobby," brewer Sander explains, "but we quickly stepped things up and got our education in Belgium where we still frequently take courses to build our skills." Bruut brews in line with the Belgian tradition of attention to balance but also tries to innovate by experimenting with flavors. "We want to differentiate ourselves from the still rather traditional Belgian beer market, while still staying true to its foundations," Sander says.

The beer brand doesn't just do that through flavors, but also by building an environment-friendly beer hub on the Amsterdam Cruquius Island. There, they're repurposing the industrial heritage site and former head offices of Oil Factory Insulinde into the Bruut Brewpub.

"It will be a meeting place where people can enjoy locally-sourced snacks, wine,gin and - of course - our Bruut beers," Sander tells us. The connection to Amsterdam goes beyond the menu as works of local artists will decorate the walls and bands, poets and writers will regularly take the stage. But there areplenty of beer-specific activities as well, as beer lovers will be able tovisit the small in-house brewery, attend tastings and follow workshops given by various zythologists.

"Thefocus will be on quality," Sander says, and that doesn't just go for the food and drinks. With the Brewpub, Bruut is building an almost entirelyclosed-circuit sustainable brewery that generates its own energy, recyclesspent grains and repurposes produced heat.

With theirbeers on tap all over Amsterdam, an enticing web store and nationwide distribution, Bruut has come a long way from the basement where it started, and it will go alot further still.